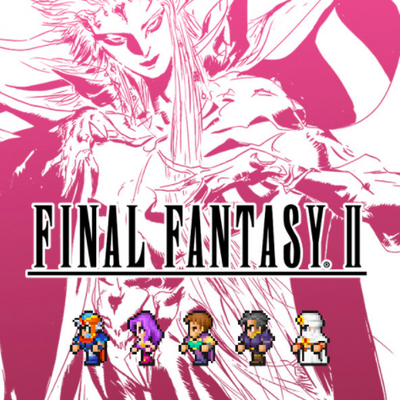 Digital soundtrack album "Final Fantasy II Pixel Remaster Original Soundtrack" is scheduled for publication on March 17th through online retailers. Excerpts of all 27 music tracks and staff credits can be found on the official album website.

Uratani contributed as a co-composer on the score for Capcom's Monster Hunter Rise, and here arranges the Final Fantasy II opening theme and "Battle Scene A." Miyanaga serves as sound director at Square Enix's Osaka branch and arranged the Prelude and the Inn theme. The two collaborated on arranging "Battle Scene B."

Final Fantasy II Pixel Remaster debuted on July 28 of last year for Windows through Steam and mobile devices. The remastered role-playing games are presented in a sprite-based format reminiscent of the Game Boy Advance ports, while also adopting a widescreen display. Features for the downloadable remasters include a fast-forward option, bestiary and music player, as well as onscreen mini-maps of dungeons and towns. Character sprite art is overseen by pixel artist Kazuko Shibuya.

Our epic tale begins with four young souls orphaned during the struggle between the Palamecian Empire and the rebel army. On their journey, the youths join forces with the white wizard Minwu, Prince Gordon of Kashuan, Leila the pirate, and many others. Behold the beautiful and sometimes tragic twists of fate that await you on your adventure.

FFII introduced a unique skill level system that strengthens different attributes of the characters depending on their fighting style instead of leveling up. Use the key terms you learn in conversation to unlock new information and progress in the story.