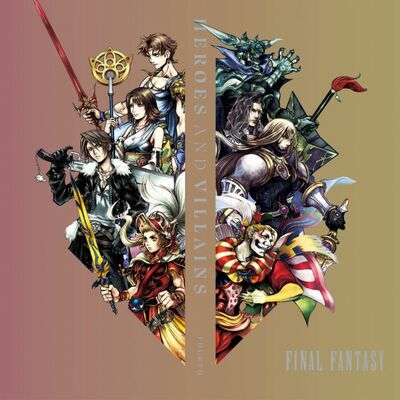 Square Enix has opened preorders for the four-disc compilation of Final Fantasy series music on vinyl, titled "Heroes and Villains: Select Tracks from the Final Fantasy Series." The vinyl set is decorated with character illustrations by Tetsuya Nomura, as depicted in the Dissidia game series.

Available separately, the fourth volume of four goes on sale today in Japan as a standalone analog record. All 16 music tracks from the Heroes and Villains (Third) compilation are available for streaming as Spotify and Apple Music playlists, courtesy of the publisher.

Preorders for the vinyl compilation are open on the Square Enix store for North America and Europe, along with distributor CDJapan.