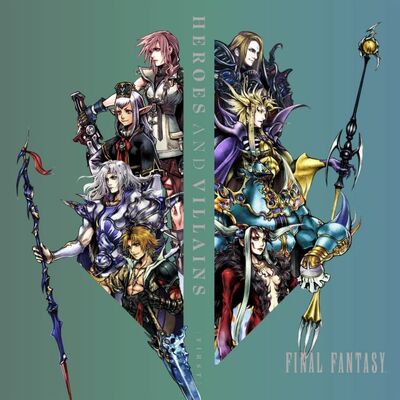 Following in the footsteps of the four-disc NieR Replicant Vinyl Box, Square Enix has opened preorders for a compilation of Final Fantasy series music on vinyl, titled "Heroes and Villains."

"Heroes and Villains: Select Tracks from the Final Fantasy Series" ships as a four-disc box set. Available separately, the first volume of four is estimated for release on March 28th, 2022 as a standalone analog record, shipping from the Square Enix store for North America and Europe.

All 16 music tracks from the Heroes and Villains (First) compilation are available for streaming as a Spotify playlist, courtesy of the publisher.