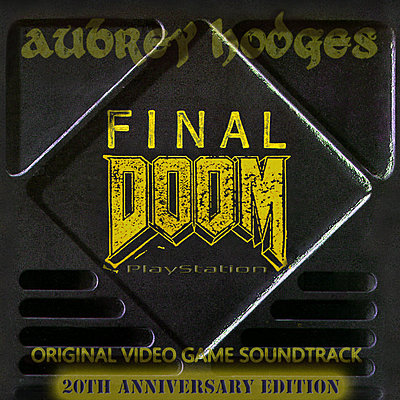 Expanding upon the composer's non-diegetic dark, ambient soundscapes first introduced in Doom Playstation, the fourteen-track score is certain to appeal to veterans of Doom 64's harrowing single-player campaign. An additional three bonus tracks round out this nostalgic reminder of the PS1's console's lasting contribution to the horror genre.

The composer's 20th Anniversary Extended Editions of the Doom 64 and Doom PlayStation soundtracks are also available through Bandcamp. The Final Doom soundtrack is available for streaming through the Amazon Music platform.

Released in October of 1996, Final Doom was a chance for me to continue to explore and refine the dark ambient soundscapes first introduced in Doom Playstation. The project ended up sounding less musical at times than the tracks used in Doom but the effect was still nerve wracking. There is an edge to the tracks that is made more prominent by having larger dynamic ranges within each piece.