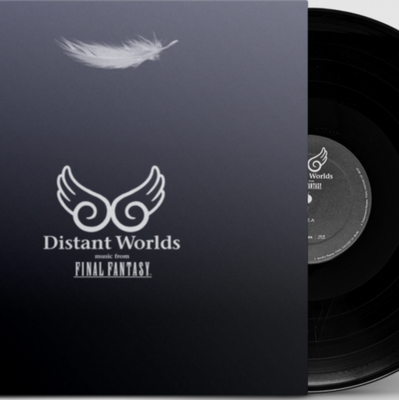 The Distant Worlds: Music from Final Fantasy orchestral concert album has received an analog record release. The vinyl edition ships from The Royal Albert Hall in London, while the compact disc edition is available for shipping from the Distant Worlds store.

The digital edition is available for purchase through Bandcamp and streaming on Spotify. Footage from a live performance of "Don't Be Afraid" with the Royal Stockholm Philharmonic Orchestra, conducted by Arnie Roth, can be viewed on YouTube, via the Distant Worlds channel.

The release of Distant Worlds: music from FINAL FANTASY CD coincided with the start of the world-tour on December 4, 2007 in Sweden. Recorded by the Royal Stockholm Philharmonic Orchestra and the choir Allmänna Sången, produced and conducted by Arnie Roth.

Distant Worlds - Vinyl (OUT OF STOCK)