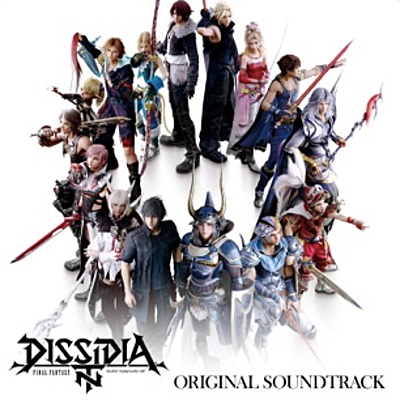 The squad-based brawler developed by Koei Tecmo's Team Ninja for Windows, arcade and PlayStation 4 features protagonists and antagonists from throughout the Final Fantasy series of role-playing games. Original themes are by FInal Fantasy Type-0 composer Takeharu Ishimoto, while source material is composed by Nobuo Uematsu, Naoshi Mizuta and Masashi Hamauzu.

A second volume of the soundtrack expands the score to include additional arrangements of music from the Final Fantasy franchise. Selected tracks from the Dissidia NT soundtracks are streaming on Ishimoto's SoundCloud page, while recording session clips can be viewed on the YouTube trailer. A Blu-ray edition is available through Play-Asia.