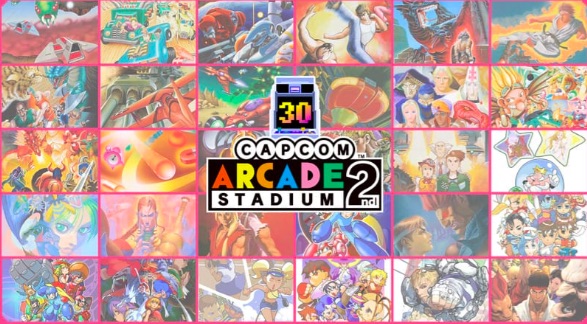 Capcom Arcade 2nd Stadium has been slated for release on July 22nd for PlayStation 4, Xbox One, Nintendo Switch, and Windows through Steam. Featured arcade classics include Darkstalkers: The Night Warriors and Street Fighter Alpha 3.

Titled "Vampire: The Night Warriors" in Japan, Darkstalkers: The Night Warriors launched on the CPS II arcade hardware in 1994. The 46-track digital soundtrack by Takayuki Iwai and Hideki Okugawa is available for streaming on Amazon Music Unlimited.

Capcom Arcade 2nd Stadium will launch alongside a "Mini Album," available for purchase through Steam. The 16-track digital album includes an arranged medley by CAP-JAMS, in addition to background music from Magic Sword, Knights of the Round, Mega Man: The Power Battle, and other featured titles.

Get ready to put another token up on the cabinet – Capcom Arcade 2nd Stadium is bringing an additional 32 arcade classics to Nintendo Switch, PlayStation 4, Xbox One, and PC on July 22nd!
🕹️ https://t.co/WwJzTmBsnE pic.twitter.com/WtFgdFoTTQ