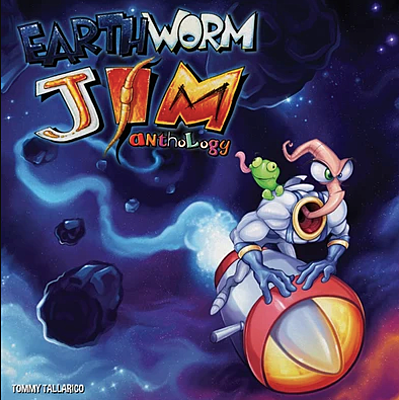 Back in March, Earthworm Jim 2 joined the Nintendo Switch Online library of Super Nintendo titles. The run-and-gun platformer by Shiny Entertainment first arrived on the 16-bit console in 1995. A trailer can be viewed on Nintendo's YouTube channel.

Jim wasn't always a studly super-worm. He was once just a spineless, dirt-eater with no real mission in his life... But then something unexpected happened. The evil Psy-Crow was transporting a super suit, built by the genius Professor Monkey-For-A-Head, to Queen Pulsating, Bloated, Festering, Sweaty, Pus-Filled, Malformed, Slug-For-A-Butt, but along the way it was stolen by a rebel. Although Psy-Crow killed the rebel, the suit fell down to Earth, landing on an Earth Worm. That cosmic twist of fate placed Jim in control of an ultra-high-tech-indestructible-super-space-cyber-suit.