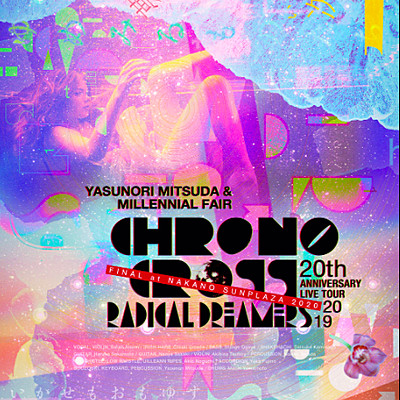 Over thirty pieces were performed during the Chrono Cross 20th Anniversary Live Tour, including "Prelude to a Dream," "The Frozen Flame," "Sailing (Home World)" and "The Girl Who Stole the Stars Medley."

Two trailers can be viewed on YouTube, courtesy of the publisher. The "Normal Edition" Blu-ray release, shipping domestically through CDJapan, contains footage from the three-hour concert.

Celebrating the 20th anniversary of the PlayStation game CHRONO CROSS, the game's composer Yasunori Mitsuda directed and held the CHRONO CROSS Live Tour at the end of 2019 and the beginning of 2020. After having received many fervent requests, we are happy to announce the Blu-ray release of the tour's final show, which took place on January 25, 2020 in Tokyo, Japan.

The CHRONO CROSS GUITAR ARRANGE ALBUM "Our Cerulean Skies" arranged and performed by #SamGriffin and supervised by #YasunoriMitsuda is available for streaming!

Marvel uploads Guardians of the Galaxy: Welcome to Knowhere EP