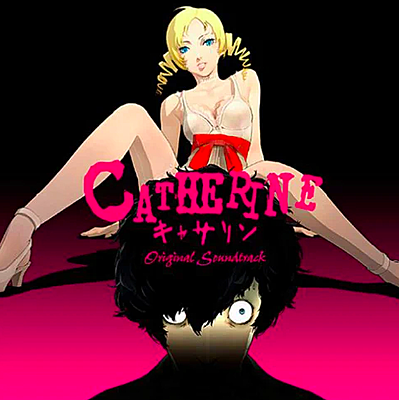 Director Katsura Hashino and character designer Shigenori Soejima of the Persona series development team wove together puzzle action gameplay with psychological horror and romance in Catherine for Xbox 360 (with Xbox One backwards compatibility) and PlayStation 3. In an unexpected move for the developer, the console release received a direct port for Windows in January of 2020 under the moniker Catherine Classic.

Catherine presents a melange of hip-hop and guitar rock produced by Shoji Meguro, mixing in arrangements of classical pieces by Chopin, Handel and Bach. The contrasting music styles mirror the protagonist's anxiety-ridden decision whether to pursue the impulsive, untethered Catherine or stay true to the loyal, scrupulous Katherine.

Protagonist Vincent Brooks, tormented by the attention of two love interests, finds himself propelled into a series of dreams where he must climb a tower of retractable boxes to safeguard his life. His normal life is dreamlike in its own right, set in a fictitious North American city in a near-future setting where the bars are haunted by rumors of fatally perilous seduction.

The original CD soundtrack is available for purchase domestically through CDJapan. In Japan, the original score is streaming on Apple Music, while the a sampler with music from both iterations of the psychological horror puzzler is streaming on Spotify.

Catherine: a tale of love, betrayal, and the terror of commitment. Experience the mature action-adventure-puzzle game unlike any other from the makers of the Persona series, now enhanced for PC in all its Classic glory. Is love over?

Scott Pilgrim vs. the World: The Game Soundtrack turns 10