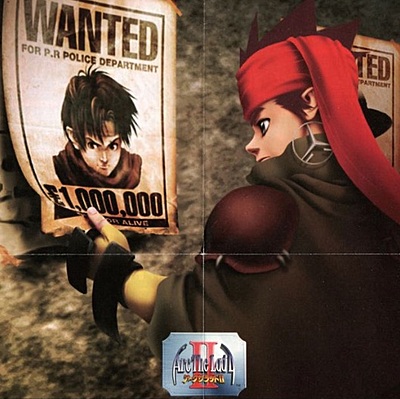 In 1995, G-Craft studio producer Toshiro Tsuchida completed development on Front Mission for publisher Squaresoft and partnered with Sony Computer Entertainment on Arc the Lad as a PlayStation exclusive. The score for the tactical role-playing game, produced and composed by Masahiro Ando with Hirotaka Izumi, is performed by the Royal Philharmonic Orchestra.

Swordsman Arc, priestess Kukuru and musician Poco are party's earliest recruits and face off against enemies on grid-based battlefields, exchanging swordplay, projectile weapons and magic attacks in a fantasy setting that blends Medieval structures like the walled palace of Palencia Castle with futuristic technologies like the party's Silver Noah airship. The sequel serves as a direct continuation of the storyline, revisiting many of the same character themes.

Arc the Lad I & II are available for purchase separately as digital downloads for PlayStation 3 and PS Vita. In Japan, both titles are included in the PlayStation Classic micro-console.

Arc the Lad is the best-selling tactical RPG developed by G-Craft that features fast-paced battles and a strong cast of interesting characters. Assume the role of Arc and join forces with Kukuru, Gogen, Poco, and others along the way...

Scott Pilgrim vs. the World: The Game Soundtrack turns 10