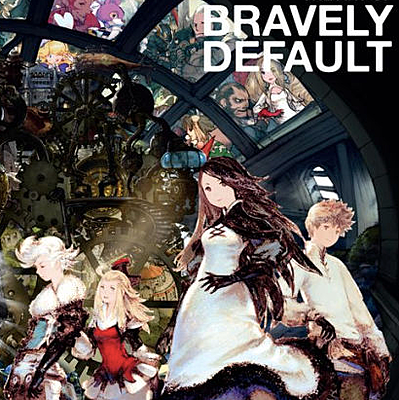 The identity of the composer behind the score to Nintendo 3DS role-playing game Bravely Default: Flying Fairy was shrouded in secrecy since the game was announced at the 2011 Tokyo Game Show.

Cover art for the soundtrack album is by character designer Akihiko Yoshida. The 46-track digital soundtrack for the RPG is streaming on Apple Music, Spotify and Amazon Music.

Explore Luxendarc as Tiz and other memorable characters on a visually stunning quest to restore balance to the world. Hand-drawn 3D backgrounds and a rousing score bring Luxendarc to life. Enter a brave new world of turn-based combat! Time your turns tactically and turn the tides in your favor with the new Brave and Default system.