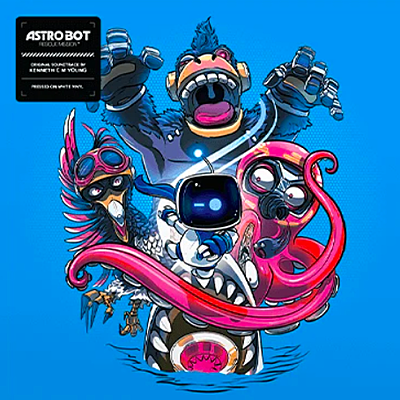 Excerpts of four music tracks from the Astro Bot Rescue Mission soundtrack are available for streaming on the composer's SoundCloud channel.

Grab your PS VR headset to blast off on an epic adventure to rescue his spaceship’s lost crew-bots. Explore vibrant and immersive worlds PACKED with enemies to fight, secrets to discover, bots to save… and huge bosses to face.

Look and lean in any direction to spot danger, judge ASTRO’s every death-defying jump with full 360º vision, and listen out for the crew’s SOS calls in immersive 3D audio.

Fangamer - (OUT OF STOCK)