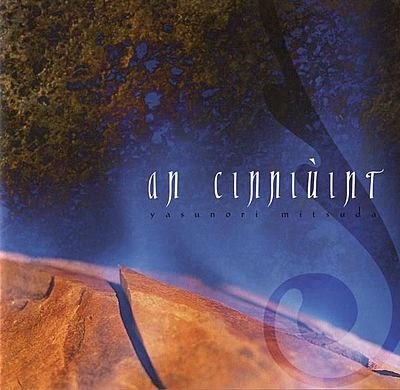 First published in 2008 through the composer's Sleigh Bells label, the album exploring traditional Irish music conventions served as the 40-track soundtrack to the PlayStation 2 role-playing game Tsugunai: Atonement by developer Cattle Call, later localized for English-language regions by Atlus. Characterized by Celtic instrumentation, and translated from Irish to mean "fate" or "destiny," the album weighs in at two-hours in length.

The digital edition of "An Cinniuint" is published through Procyon, along with Mitsuda albums "Sailing to the World" and "The Boxed Garden." A ten-minute cross-fade trailer is on YouTube, courtesy of the distributor.

Spotify - An Cinniuint by Yasunori Mitsuda