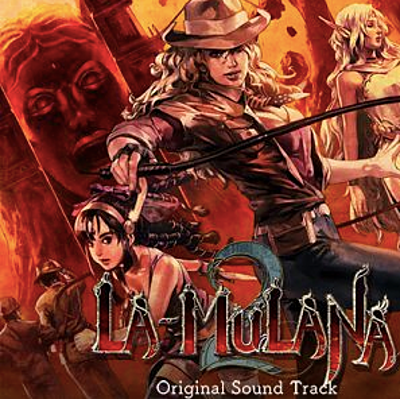 Based on the look and feel of an MSX computer game, the sprite-based adventure title La-Mulana debuted as a freeware PC game fifteen years ago.

The popularity of the non-linear Metroidvania title, pitting a fearless archaeologist against bats, asps, and animated skeletons, led to an arduous remake project that culminated in the release for Windows and Nintendo’s WiiWare.


In 2014, La-Mulana EX marked the game’s debut on a portable console, the PlayStation Vita, around the same time that a Kickstarter campaign successfully funded development of the direct sequel. A box set titled La-Mulana 1 & 2 Hidden Treasures Edition is now available for purchase through the NIS America Online Store, bringing both games back to home and portable consoles.

Excerpts from both soundtracks, and the "La-Mulana Journey" arrangement album, are streaming on Bandcamp.