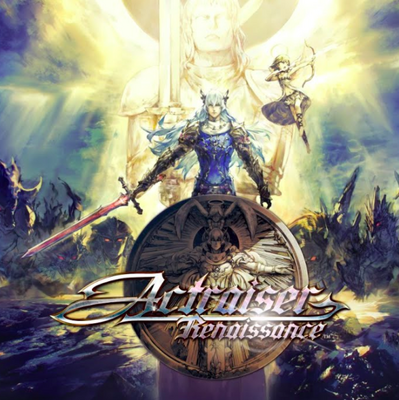 A music player can be selected from the title screen, allowing for playback of all the "Classic" and "Remake" tracks after they are first encountered in the game. Actraiser's 16-bit Super Nintendo score is streaming on Apple Music, under the title "Yuzo Koshiro Best Selection, Vol. 1." French label Wayô Records' "ActRaiser Soundtrack & Symphonic Suite" ships on vinyl and compact disc.

Actraiser combines 2D platforming action (Realm Acts) with a City-building simulation (Realm Management) in the ultimate battle between good and evil! Featuring the soundtrack that sent shockwaves through the gaming world when it was first released, composed by the legendary Yuzo Koshiro - now remastered...

Been announced Actraiser will be revived as ActRaiser Renaissance. It will be out today online. Enjoy the brand-new stages, breathtaking glorious HD graphics and music I composed/arranged. https://t.co/34gTHoydNz