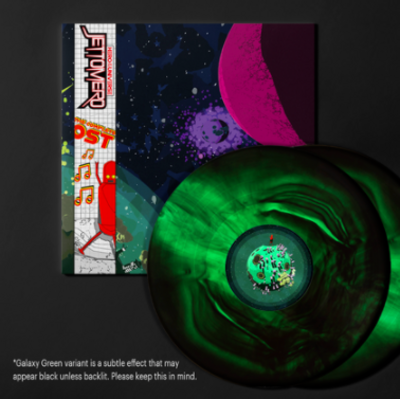 Developed by Ghost Time Games for Windows, the player controls Jettomero, a bright red, towering robot tasked navigating procedurally generated environment in outer space and on planets, in an effort to save humankind.

Limited to 500 copies, the Jettomero: Hero of the Universe two-disc vinyl soundtrack is also available for shipping from Black Screen Records in Europe, disk union in Japan, and Channel 3 in the United States. The analog record set ships with a Hero of the Universe tote bag and an 18-page artbook co-written by SpiffSnaps.

Jettomero is available for Windows, Mac and Linux operating systems, and on PlayStation 4, Nintendo Switch and Xbox One. The digital soundtrack is available for purchase through Bandcamp and streaming on Spotify.

Play as Jettomero, a giant, indestructible, and incredibly clumsy robot determined to save the human race. Explore a procedurally generated universe by flying through space and landing on planets while trying not to destroy everything in your path. Relax as you blast through the cosmos on a hero’s uncertain quest. Will you ever save the humans?