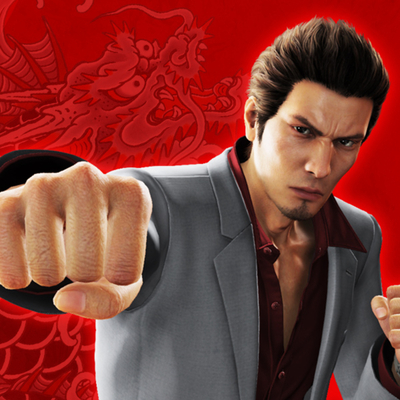 Ryu Ga Gotoku Studio has announced a release date of February 14th for the Yakuza: Like A Dragon soundtrack album, available worldwide through streaming platforms.

In the meantime, four EPs in the "Karaoke Hit Song Collection" series are streaming on Spotify. They include a selection of popular karaoke tracks, songs new to Like A Dragon, and music associated with Yakuza 0 protagonists Kazuma Kiryu and Goro Majima.

Yakuza: Like A Dragon is available for PS4 and PlayStation 5, Xbox One and Series X|S, along with Windows through Steam. Music for the role-playing game is by Hidenori Shoji, Yuri Fukuda, Chihiro Aoki, Hyd Lunch, and Saori Yoshida.

Ichiban Kasuga, a low-ranking grunt of a low-ranking yakuza family in Tokyo, faces an 18-year prison sentence after taking the fall for a crime he didn't commit. Never losing faith, he loyally serves his time and returns to society to discover that no one was waiting for him on the outside, and his clan has been destroyed by the man he respected most.

Ichiban sets out to discover the truth behind his family's betrayal and take his life back, drawing a ragtag group of society’s outcasts to his side: Adachi, a rogue cop, Nanba, a homeless ex-nurse, and Saeko, a hostess on a mission. Together, they are drawn into a conflict brewing beneath the surface in Yokohama and must rise to become the heroes they never expected to be.