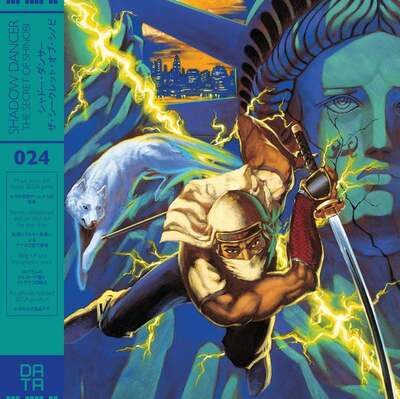 Record label Data Discs of London has announced the publication of the Shadow Dancer: The Secret of Shinobi vinyl soundtrack, composed by Keisuke Tsukahara in 1990 for Sega's sidescrolling action game.

Shadow Dancer was the second title in the Shinobi franchise developed for the Sega Mega Drive, following the release of The Revenge of Shinobi. Data Discs' analog record release ships on 180-gram vinyl, with audio sourced from a Japanese Mega Drive console.

Shadow Dancer is available for Windows through Steam. Remastered music tracks "Statue of Liberty" and "Burning Downtown 1" can be sampled on Data Discs' SoundCloud channel. Preorders are estimated to ship on or before February 28th.

Originally released in 1990, Shadow Dancer combined elements of its arcade predecessor and the methodical hack and slash gameplay of The Revenge of Shinobi to create a different and grittier take on the Shinobi series, set in a New York City devastated and overrun by a demonic lizard worshipping cult. The score, composed by Keisuke Tsukahara, largely replaces the Japanese influences of The Revenge of Shinobi with an occasionally darker, more chaotic tone to compliment the dystopian western setting, alongside a few funkier, bass-focused tracks for which the series has become known.

Shadow Dancer: The Secret of Shinobi is the latest official SEGA vinyl release from our friends at Data Discs - grab the limited edition while you can!

Space Harrier, Golden Axe, Streets of Rage, and The Revenge of Shinobi have also been restocked!#SEGA #vinyl pic.twitter.com/RLQiqegds3