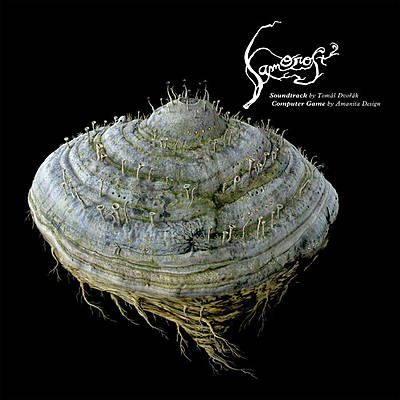 The Samorost 2 vinyl soundtrack, composed by Tomáš Dvořák (Floex), has been pressed by Minority Records. The limited edition print of 500 hand-numbered records is decorated with original artwork by Eva Marková.

The twelve-track soundtrack for point-and-click adventure title Samorost 2 debuted in June of 2006. The digital album is currently available for download through Bandcamp, bundled with the game for Windows, Mac and Linux on Steam and GOG, and streaming on Spotify.


Amanita Design's Jakub Dvorský studied at the Academy of Visual Arts in Prague and met Dvorak, an alum of the nearby Academy of Arts, Architecture and Design, through a case of mistaken identity. Amanita had hired a sound designer coincidentally also named Tomas Dvorak, and the source of confusion online led Floex and Amanita to learn of each others' existence. This coincidence led to a collaboration between the two, and both sound designers named Tomas Dvorak contributed to audio on Samorost 2.

The story of Samorost 2 follows a small space gnome on a quest to recover his lost dog and return to his home planet. Floex sought to provide a suitable atmosphere for each scene of the adventure game, experimenting extensively with instrumentation, alternate melodies and rhythmic structure.