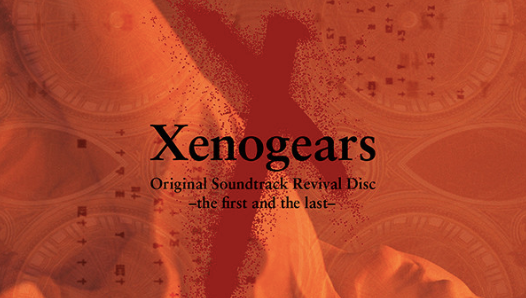 "The First and the Last" is the subtitle for Square Enix's Xenogears 20th anniversary soundtrack release for Blu-ray disc.

An installment in the publisher's Revival Disc series, the Blu-ray includes 44 remastered music tracks from the science fiction role-playing game for PlayStation. Composer Yasunori Mitsuda arranged a new vocal rendition of "We, the Wounded Shall Advance into the Light" and "Memories Left Behind," featuring Ireland's Anúna choral ensemble. Additional choral arrangements of "The End of Childhood" and "The Beginning and the End" are by Mariam Abounnasr of Procyon Studio.

Vocals on "Small Two of Pieces" and "Stars of Tears" are by Joanne Hogg. Excerpts of all tracks from "The First and the Last" are streaming on digital music retailer Ototoy.

Xenogears Soundtrack (Revival Disc) Blu-ray "The First and the Last" ships from the Square Enix store for North America and Europe. Excerpts of each track streaming on digital music store Ototoy - https://t.co/OFruKQWsQC pic.twitter.com/Xfii2mt5f0