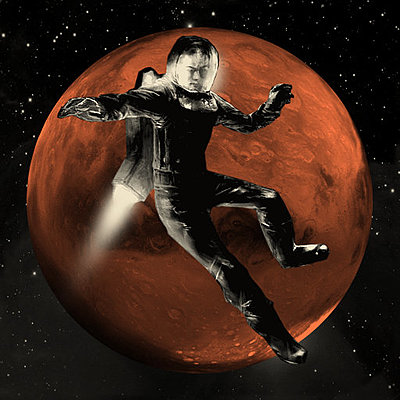 The exploratory platformer places players in the role of astronaut Dr. Liang as he traverses the Marsian surface and descends within caverns, propelled through the low gravity environs by a jetpack. Liang must observe the behavioral patterns of alien lifeforms to terraform the alien habitats and uncover their mysterious past history.

Waking Mars is available for Windows and Mac through GOG.com Steam, and comes bundled with a digital soundtrack. The portable edition is for iOS and Android mobile devices. Excerpts from the music score, streaming on SoundCloud, are by Ethan Frederick Greene, Scott Barber, Jef Drawbaugh, GeminiRadio (Randy Smith) and Future Boy (Damien Di Fede).

In 2097, life is discovered on Mars. When your mission of first contact becomes trapped by a cave-in, you must master the alien ecosystem to survive. Soon you stumble upon more than anyone expected, and with time running out, you will make a decision that determines the fate of a lost planet...

The otherworldly soundtrack to the critically acclaimed Waking Mars: over two hours of original electronic music composed by Tiger Style's creative team of independent musicians, from record label owners, to touring bands, to performing DJs. It's that heart, soul, and professionalism that make this soundtrack so unique, listenable, and amazing.