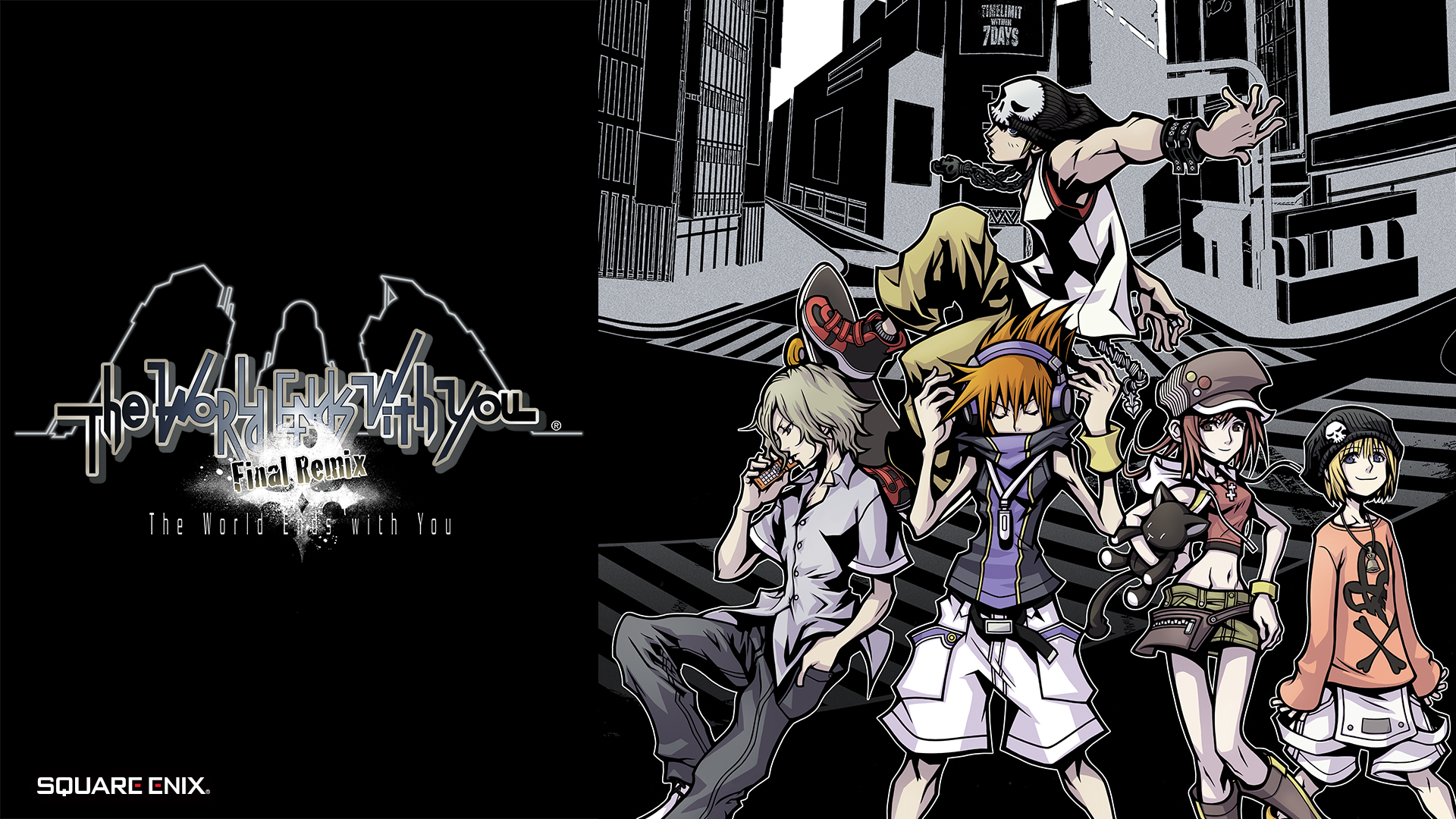 Publisher Square Enix distributed two separate soundtracks for the Nintendo DS role-playing game The World Ends With You, as a result of new hip-hop vocal tracks requiring English-language localization for the Western release of the action role-playing game.

The localized soundtrack by Takeharu Ishimoto, composer on Final Fantasy VII prequels Before Crisis and Crisis Core, received the title "Subarashiki Kono Sekai + The World Ends with You" upon its publication to compact disc in July of 2008.

The CD release is currently available for purchase domestically through CDJapan, while the digital edition is streaming on Apple Music in Japan. Selected tracks from the "The World Ends With You" and various arrangements are streaming on the composer's SoundCloud channel.

An anime adaptation of the portable title's storyline is scheduled for an appearance on the Funimation streaming service in 2021. "The World Ends With You: The Animation" will involve the participation of TWEWY vets, including Ishimoto, character designers Tetsuya Nomura and Gen Kobayashi, along with direction by Kazuya Ichikawa of animation studio Domerica and screenwriting by Midori Goto of animation studio Sanzigen.

From the Funimation announcement page:

The main character Neku wakes up in the middle of a busy Shibuya Crossing Intersection unaware of how he got there. He’s in an alternate plane of existence called the Underground (UG). Unknowingly forced to participate in the “Reaper’s Game”, Neku must partner with Shiki, a teenage girl player whom he meets. Neku must fight to survive by completing the missions thrown at him and defeating the creatures called “Noise.” By doing so, he will confront the “Reaper’s Game” along with the truth buried deep inside his memory.