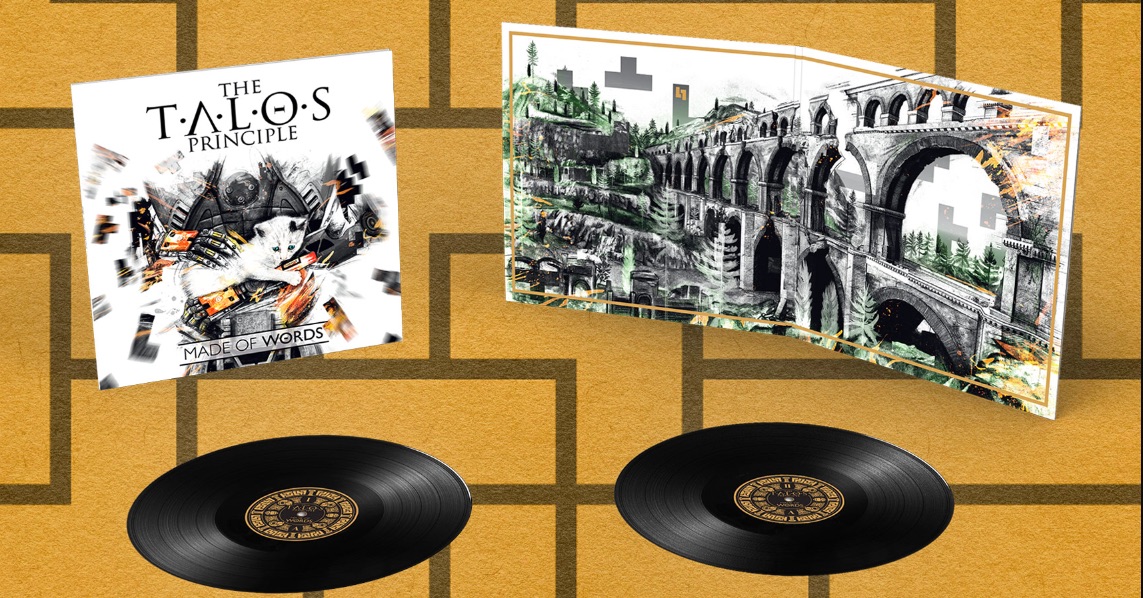 Laced Records' reprint of Devolver Digital's The Talos Principle vinyl soundtrack is now back in stock. The two-disc analog record set "Made Of Words," first printed in 2017, features music by Damjan Mravunac.

Preorders for the "Made Of Words" vinyl publication have opened at distributor Plastic Stone in Europe. Specially mastered for vinyl by Joe Caithness, original artwork is designed by Tom J Manning. The digital soundtrack can be purchased through Bandcamp and is streaming on Spotify and YouTube Music.

The Talos Principle is available for Windows, Mac and Linux through Steam, smartphones, PlayStation 4, Xbox One and Nintendo Switch. A sequel, announced in 2016, is currently in development.

The Talos Principle is a first-person puzzle game in the tradition of philosophical science fiction. Made by Croteam and written by Tom Jubert (FTL, The Swapper) and Jonas Kyratzes (The Sea Will Claim Everything).