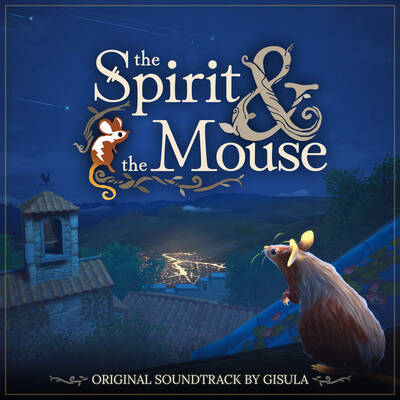 Narrative adventure game The Spirit and the Mouse is developed by Alblune, a two-person independent game studio run by Lucie Lescuyer and Alexandre Stroukoff.

Playful electric spirits are running amok in the quaint village of Saint-et-Claire. Unlikely allies Lila the mouse and Lumion the Spirit guardian must collaborate on a series of mini-games to calm the nerves of the villagers and restore order to the town.

The Spirit and the Mouse arrives today on Windows via Steam and Nintendo Switch. The 32-track soundtrack album by Taiwanese-American composer Gisula, aka Emily Cheng, can be purchased through Bandcamp and streamed online on Spotify and YouTube Music.

A relaxing soundtrack full of gentle piano and lush strings for exploring the quaint French village of Sainte-et-Claire. This soundtrack was heavily inspired by the works of Debussy & Chopin, and has several tracks included from the animated cinematic cutscenes within the game. With a fairytale air, we follow Lila the mouse in her quest to return Happiness to the villagers of this town before sunrise.

YouTube Music - The Spirit and the Mouse Soundtrack (Streaming)

Where to buy the Soundtrack: