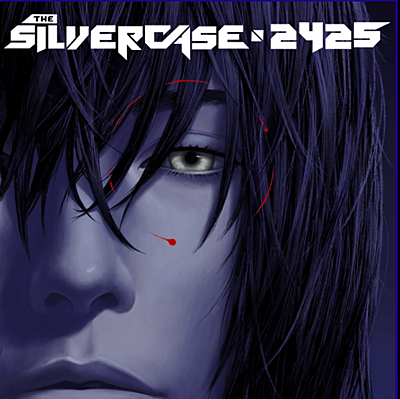 The Silver Case compilation contains the high-definition remasters of visual novels The Silver Case and sequel The 25th Ward. A Limited Edition Silver Case 2425 bundle is available for preorder at the NIS America Store, and ships on July 6 with a hardcover art book and 2-CD soundtrack set.

The Silver Case was directed and co-written by Goichi Suda in 1999 for the PlayStation console, featuring music by Masafumi Takada. A high-defintion remaster for personal computers and later PlayStation 4 followed in 2016, adding arrangements by Akira Yamaoka.

The Silver Case: Deluxe Edition and The 25th Ward digital soundtrack are available for purchase through GOG.com and Steam.

1999 – Tokyo’s 24 Wards. The city has been plagued by a string of serial murders. The detectives of the 24 Wards Heinous Crimes Unit have their sights set on one particular suspect: Kamui Uehara, legendary serial killer and perpetrator of a number of assassinations of government officials 20 years prior in the now-famous "Silver Case". However, nobody knows who - or what - Kamui really is.

Murder. Corruption. Mystery. Do you have the conviction to walk that thin silver line of life and death?

Investigate murders, track down serial killers, and uncover vast conspiracies from SUDA 51 in the #SilverCase2425. Pre-order your copy (https://t.co/0Q8ssbDnFg) pic.twitter.com/tvcmV3uAfQ