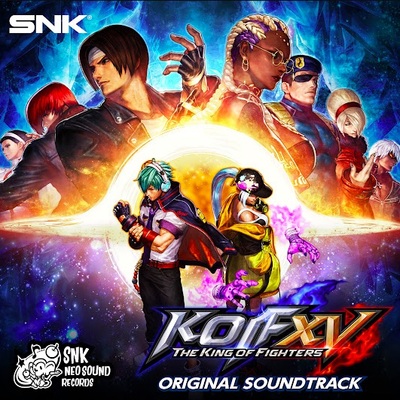 The King of Fighters XV soundtrack by the SNK Sound Team is now available for streaming online on YouTube Music, Spotify, and Amazon Music Unlimited. The main theme "Now Or Never" by Steven McNair, vocalist of the band Kando Bando, can be viewed with English-language captioning via the SNK Official YouTube channel.

The latest installment in SNK's long-running fighting game series launched back in February. Following in the footsteps of Samurai Shodown (2019), King of Fighters XV marks the franchise's first foray into utilizing Unreal Engine 4. 39 playable characters are included in the bass roster, with others added via downloadable content.

The King of Fighters XV is currently available for Windows through Steam and the Epic Games Store, along with PS4 and PlayStation 5, and Xbox Series X|S consoles. Cross-play with Rollback Netcode is supported between the assorted platforms.

Since its debut in 1994, the KOF fighting game series has been driving the world to new heights of excitement with its appealing characters and unique game system. Six years have passed since the last title in the series, and now KOF XV surpasses all of its predecessors in terms of graphics, systems, and online experience...