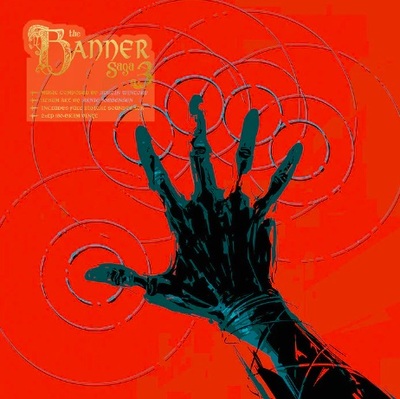 The Banner Saga 3 Vinyl Soundtrack by Austin Wintory is currently in stock in limited quantities at the Stoic Store. The physical release of the soundtrack for the third and final installment in the strategy game series ships on 180-gram colored vinyl, decorated with design by Stoic art director Arnie Jorgensen.

The Banner Saga 3 is currently available for Windows and Mac through Steam, along with PlayStation 4, Nintendo Switch and Xbox One consoles. Published in 2018, the orchestral game score was recorded with the London Studio Orchestra, featuring vocals by Faroese singer-songwriter Eivør.

The 22-track digital soundtrack is available for purchase through Bandcamp and Steam. Footage from recording sessions can be viewed on The Banner Saga YouTube channel.

In the final chapter of The Banner Saga trilogy, listeners are invited into the brooding darkness of Norse mythology. Austin Wintory’s powerful soundtracks have always been a cornerstone of the Banner Saga epic, and this installment is no exception. Recorded with the London Studio Orchestra and featuring the mesmerizing vocals of Faroese singer-songwriter Eivør, your ears will resonate with the epicness of this conclusive gathering of shadowy sounds. To complete this vinyl set, Arnie Jorgensen, art director of the Banner Saga series, once again brings the mythology to life in the album art.

iam8bit - The Banner Saga 3 Vinyl Soundtrack (OUT OF STOCK)