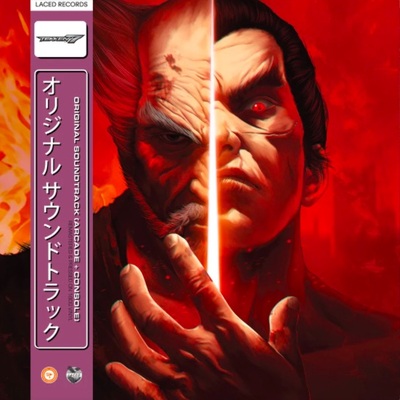 Publisher Laced Records of London has pressed the Tekken 7 vinyl soundtrack album. Shipping on four discs, the analog record set features music from the 2015 arcade fighting game by Namco Bandai, along with the 2017 console and PC port.

Continuing their collaboration, sleeve artwork for the vinyl publication by Laced is by illustrator Samuel Donato, aka DXSinfinite. Mastering for the audiophile-quality, 180-gram discs by Joe Caithness.

Preorders for the analog record set have opened at distributors Light in the Attic in Seattle, and PixelCrib in Australia. Tekken 7 is available for Xbox One, PlayStation 4, and Windows via Steam.

Global sales of the venerable fighting game series have smashed past 50 million units since TEKKEN 7 launched in arcades in 2015 and consoles and PC in 2017. The accessible yet technical brawler has gone from strength to strength in the era of eSports and live service games, also featuring crossover characters from Street Fighter, Fatal Fury, Final Fantasy and The Walking Dead.

Once again, an impressive roster of musical talent worked on the soundtrack, including many returning composers from previous games in the series. This time, Rio Hamamoto stepped up as lead composer, with Akitaka "AJURIKA" Tohyama and Taku Inoue pulling a heavy shift — with credits across the TEKKEN, Soulcalibur, Ridge Racer, Ace Combat and Katamari series spread between them.