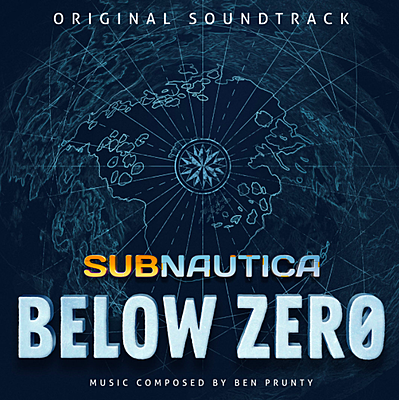 The Subnautica Below Zero original soundtrack, available for purchase through Bandcamp and Steam, features 54 tracks spread across a 145-minute run time.

Building on the lore of Unknown Worlds Entertainment's indie hit Subnautica, the open world adventure title Subnautica: Below Zero returns the player to the chilly, exotic planet 4546B. The player explores otherworldly biomes to uncover the secrets of an alien civilization, investigating the mysterious disappearance of the protagonist's sister on 4546B.

Subnautica: Below Zero was developed and published by Unknown Worlds Entertainment and released in 2021 for Windows and MacOS through Steam, as well as the Nintendo Switch, PS4 and PlayStation 5, Xbox One and Series X|S. The physical release is published by Namco Bandai Entertainment.

Ominous, ethereal, and atmospheric, the music showcases Faster Than Light composer Ben Prunty’s talent for creating ambient soundscapes. The digital soundtrack is available for streaming on Apple Music and Spotify.

Submerge yourself in an all-new, sub-zero expedition in an arctic region of Planet 4546B. Arriving with little more than your wits and some survival equipment, you set out to investigate what happened to your sister...

Swim beneath the blue-lit, arching expanses of Twisty Bridges. Become mesmerized by the glittering, mammoth crystals of the Crystal Caverns. Clamber up snow covered peaks and venture into the icy caves of Glacial Basin. Maneuver between erupting Thermal Vents to discover ancient alien artifacts. Below Zero presents entirely new environments for you to survive, study, and explore.