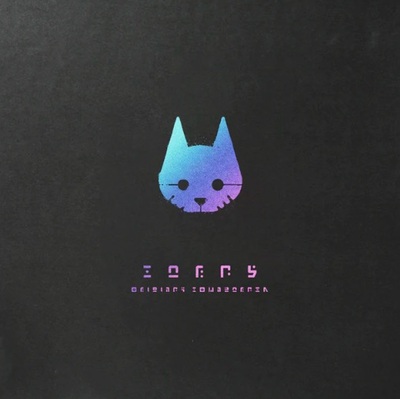 Publisher iam8bit has announced the publication of the Stray soundtrack by composer Yann Van Der Cruyssen. Pressed to two analog records, estimated shipping is scheduled for Q1 of 2023.

Album art for the double vinyl soundtrack release is by Fernando Correa. Purchases come with a Steam soundtrack download card. Preorders have opened at the publisher, along with distributors Light in the Attic in Seattle and Black Screen Records in Europe.

Developed by BlueTwelve Studios in collaboration with publisher Annapurna Interactive, the single-player, third-person adventure game follows a stray cat and a small flying drone, known as B-12, through the neon-lit alleys of a decaying cybercity.

Stray is due out for Windows through Steam, PS4 and PlayStation 5 on July 19th. The digital soundtrack is available for purchase through Steam, and streaming online via YouTube Music and Spotify.

Lost, alone and separated from family, a stray cat must untangle an ancient mystery to escape a long-forgotten city.

Stray is a third-person cat adventure game set amidst the detailed, neon-lit alleys of a decaying cybercity and the murky environments of its seedy underbelly. Roam surroundings high and low, defend against unforeseen threats and solve the mysteries of this unwelcoming place inhabited by curious droids and dangerous creatures. See the world through the eyes of a cat and interact with the environment in playful ways. Be stealthy, nimble, silly, and sometimes as annoying as possible with the strange inhabitants of this mysterious world.

Learn how Stray went from a proof-of-concept GIF to a critically-acclaimed indie adventure in our latest interview!

We caught up with the team at @HKdevblog to discuss how animation and gameplay programming in #UE4 helped speed up development: https://t.co/5vKk9RdX1s

Octopath Traveler Recorded Journey vinyl due out in September