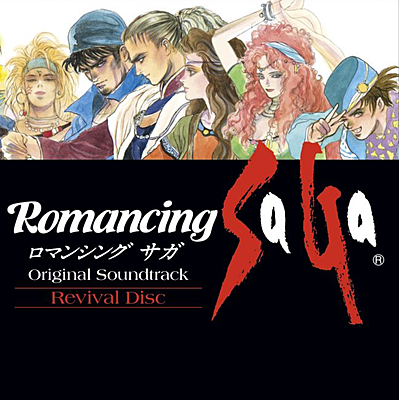 The first installment in the SaGa series of role-playing games for the Super Famicom console made its debut in 1992 in Japan. Romancing SaGa expanded upon on the lore and turn-based gameplay of designer Akitoshi Kawazu's SaGa trilogy for the Nintendo Game Boy, localized in the West as "Final Fantasy Legend."

The Romancing SaGa Revival Blu-ray is available for purchase domestically through the Square Enix North American Store. The Blu-ray and separately published remastered CD release are both in stock at CDJapan. Crossfade sample trailers for both releases are on YouTube, courtesy of the publisher.

Composer Kenji Ito oversaw the remastering of the entire score to the Super Nintendo classic, contained here in this collection. The music of eight travelers' search for the Destiny Stones is back and sounding better than ever...