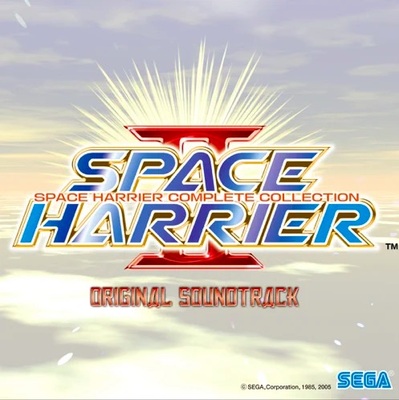 In 2013, Sega published the "Space Harrier Complete Collection" album, featuring the music score by Tokuhiko Uwabo. The digital soundtrack is available for streaming on YouTube Music, Spotify, and Apple Music.

A call for help comes from deep in the universe. Fantasyland has been taken over by destructive forces. Quick on the scene is Space Harrier equipped with his laser, who must attempt to outwit and outmanoeuvre the hoards and prevent Fantasyland from being blown into oblivion...