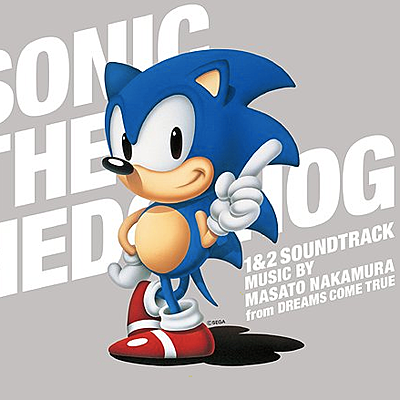 Sega commemorated the the 20th anniversary of Sonic the Hedgehog with the Sonic 1&2 soundtrack album release in October of 2011.

Published by Universal Music Japan, all tracks on the three-disc album are composed and arranged by Masato Nakamura. The CD release includes one disc containing the Sega Mega Drive soundtracks, one disc of demos and unreleased tracks, and a separate EP for vocal tracks and arrangements by AKON.

Two years prior to scoring the music for Sonic the Hedgehog, Nakamura formed the band Dreams Come True and recorded five albums by the time Sonic 2 debuted in 1992. Dreams Come True band members Miwa Yoshida (vocals) and Takahiro Nishikawa (keyboards) perform the Sonic 1&2 ending themes and arrangements by on the third disc of the Universal Music CD release.

The three-disc, 84-track CD soundtrack is available for purchase domestically through CDJapan. The digital release, which does not include the third disc's vocal tracks and arrangements, is streaming on the Amazon Music Unlimited service.