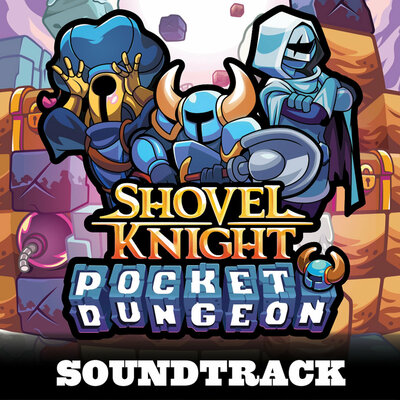 The 42-track soundtrack for Shovel Knight Pocket Dungeon has been published through the Bandcamp page of series composer Virt (Jake Kaufman), as well as through Steam.

Pocket Dungeon launched on December 13th, available for PlayStation 4 and Nintendo Switch consoles, along with Windows and Mac through Steam.

Delve with Shovel Knight into the depths of the Pocket Dungeon in an action-packed puzzle adventure mashup like none other! Join your mysterious guide Puzzle Knight as you shovel through scads of foes, procure new equipment, and battle bosses both familiar and new. Explore a tale with endless twists and turns, quest as your favorite heroes, and even challenge a friend for fast-paced head-to-head competition in Shovel Knight Pocket Dungeon

Friendly reminder that downloads are free / pay-if-you-want! We hope you enjoy your audio adventure!