Ship of Fools soundtrack by Philippe Grant debuts on Spotify 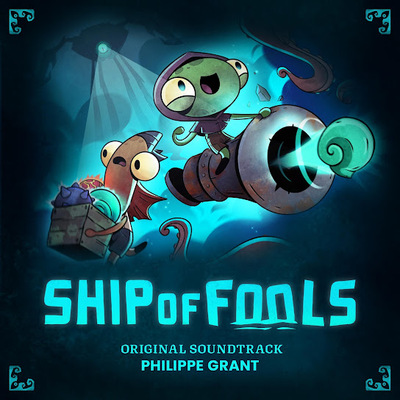 The co-op title places players in the roles of unique hand-drawn Fools, each with special abilities, as they navigate a devastating storm brought about by the destruction of the Great Lighthouse. Chart your route through the maps of the Archipelago, encountering horrifying creatures that will test the teamwork of The Stormstrider vessel's crew.

The 28-track digital soundtrack is available for purchase through Steam, as well as streaming on YouTube Music, Spotify and Amazon Music Unlimited. Published by Team17, Ship of Fools is available now for Nintendo Switch, Xbox Series X|S, PlayStation 5 and Windows through Steam.

Ship of Fools is a seafaring roguelite co-op game where you play the Fools, the only creatures fool enough to brave the sea. The Great Lighthouse that once protected the Archipelago is broken and a storm of malice and corruption is coming.

Together, you and your ship mates will jump aboard The Stormstrider and make your voyage across the sea. Man the cannons, ready your sails and protect your ship from sea monsters over multiple runs. It’s up to you to defend your home from the almighty Aquapocalypse.

Are you Fool enough to brave the seas? 🌊

Defend your Ship and take on the Aquapocalypse in Ship Of Fools!