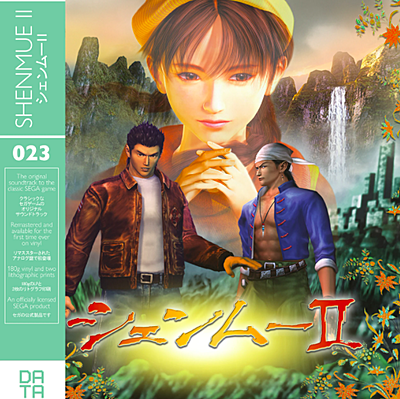 Packaged in the original cover art, the remastered vinyl soundtrack is also available through PixelCrib in Melbourne and HighScore Records of Nantes. Sega's high-definition enhanced port of the title is available for Windows, PlayStation 4 and Xbox One.

Following on from Data Discs' 2015 release of the original Shenmue score, we are proud to carry the debut vinyl release of its much-loved sequel, Shenmue II. A selection of beautiful and varied compositions, sourced and selected by SEGA’s Sound Team in Japan, that richly convey protagonist Ryo Hazuki’s journey across Hong Kong and beyond.