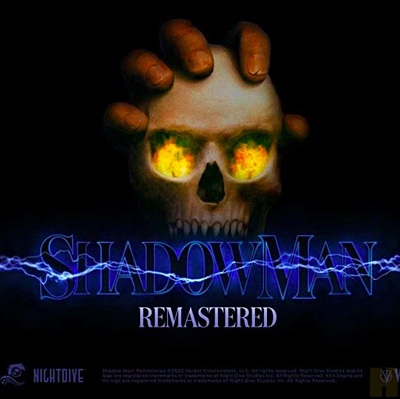 Nightdive Studios has slated Shadow Man: Remastered for release on PlayStation 4 on January 12th, along with Xbox One on January 13th, and Nintendo Switch on January 17th.

The remastered action-adventure game restores content cut from the original game published by Acclaim Entertainment in 1999 for Windows, PlayStation, Nintendo 64 and Sega Dreamcast. The remastered edition is currently available for Windows through Steam, GOG and the Epic Store.

Shadow Man Composer Tim Haywood has published the twenty-track remastered soundtrack through Bandcamp, alongside the composer's album of new material and arrangements.

It does feel to me now, that my journey through Deadside is complete, and I am moving on to the city of lights...

But perhaps one day, if a developer makes a new Mike Le'Roi story, I will Return to Deadside again.https://t.co/ki4TKozcEp