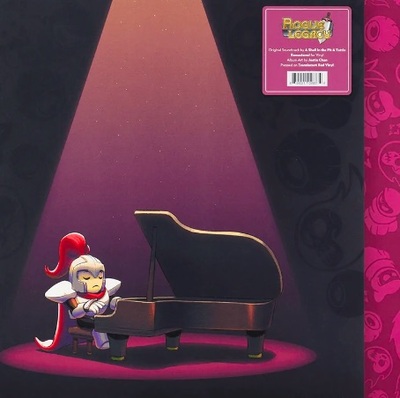 The Rogue Legacy Vinyl Soundtrack, featuring music composed by Tettix and A Shell in the Pit, is now on sale at Fangamer, limited to just 300 copies.

Founded in 1999, Gamer's Edition first published the soundtrack from Cellar Door Games' platformer as an analog record back in 2017. Fangamer's newly remastered edition pressed on translucent red vinyl features artwork by illustrator Justin Chan and comes with a digital download code for the digital edition on Bandcamp.

18 tracks from the classic Rogue Legacy soundtrack by Tettix and A Shell in the Pit, newly remastered for vinyl. Artwork by Justin Chan featuring spot gloss details, pressed on translucent red vinyl.

A music format to pass down from generation to generation.