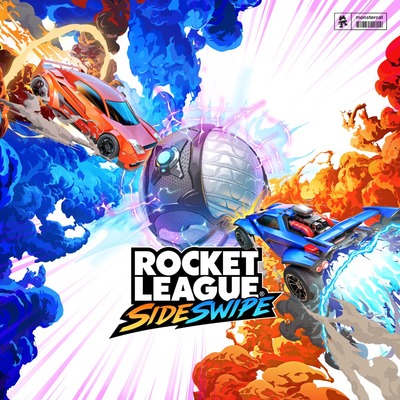 Pre-Season of developer Psyonix's vehicular soccer title is available in all regions for iOS and Android. Artists featured on the soundtrack include Flux Pavilion, Bensley, Feint, Justin Hawkes, Koven, MYLK, Protostar, Rameses B, and Tisoki.

Prepare to hit the pitch like never before in Rocket League Sideswipe. Get into the fast-paced, arcade-style action from anywhere with the intuitive touch controls or with a controller. Hit your boost to go faster, or use it to get off the ground and into the air to pull off some amazing aerial maneuvers.

Enjoy Private Matches with friends, or play Competitive Matches online with players around the world! Climb your way up the Competitive Ranks, and even crack the worldwide leaderboard. Hang out in the menus and customize your car to make it your own, and unlock even more items with Rocket Pass where players can unlock customization just by playing Online Matches...

We are proud to partner with @RLSideswipe to launch the official soundtrack for the brand-new game! ⚡️
10 tracks to get you in game mode.
Tag a friend below who you want to challenge to a match! #MonstercatInstinct
🎧https://t.co/fdLbAuqccC pic.twitter.com/WEOAPPqih7