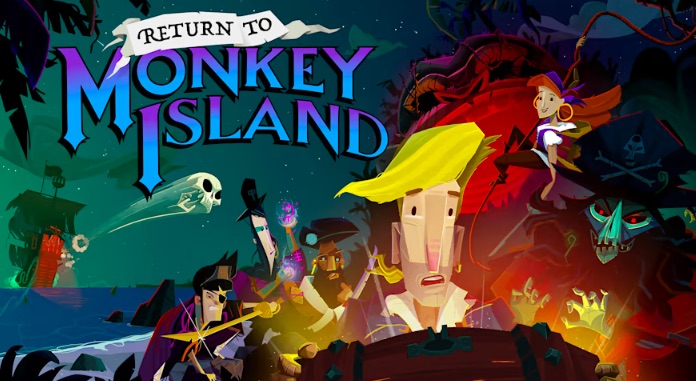 Previously debuting in September for Nintendo Switch and Steam through publisher Devolver Digital, Return is developed by Terrible Toybox and series creator Ron Gilbert, in collaboration with Lucasfilm Games. They are joined by designer Dave Grossman and art director Rex Crowle. The music score is by LeChuck's Revenge co-composers Peter McConnell, Michael Land, and Clint Bajakian.

Return to Monkey Island is an unexpected, thrilling return of series creator Ron Gilbert that continues the story of the legendary adventure games The Secret of Monkey Island and Monkey Island 2: LeChuck’s Revenge developed in collaboration with Lucasfilm Games.

It’s been many years since Guybrush Threepwood was last locked in a battle of wits with his nemesis, the zombie pirate LeChuck. His true love, Elaine Marley, has turned her focus away from governing and Guybrush himself is adrift and unfulfilled, having never found the Secret of Monkey Island.

Find out the secret everyone's been talking about. Return to Monkey Island is coming to PS5 and Xbox Game Pass next week! #returnToMonkeyIsland #rtmi #gamepass pic.twitter.com/jIf3TJ1BwQ

The Oregon Trail (2021) coming to Steam and Nintendo Switch