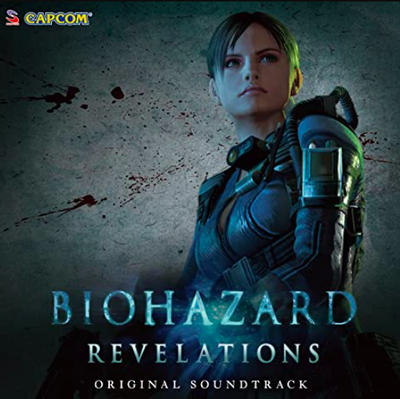 Originally released in 2012 for the Nintendo 3DS, Resident Evil: Revelations garnered praise for taking the increasingly action-oriented franchise back to its explorational horror roots. Revelations has since been given a high-definition makeover for Windows, PlayStation 4, Xbox One, and Nintendo Switch.

Taking place directly after the events of Resident Evil 4 on the series timeline, Revelations finds Jill Valentine and Chris Redfield exploring an abandoned ghost ship. There, they must survive horrific new threats—including the Ooze, Scagdead, and Malacoda—as they rush to stop bio-terrorists from infecting the ocean with the T-Abyss virus.

The excerpted "Best Tracks" compilation, selecting 29 memoriable themes from the survivor horror title, is streaming on Spotify and included in the "Biohazard Sound Chronicle III compilation," published on seven compact discs through Capcom's Suleputer label. The digital soundtrack is streaming on the Apple Music, Spotify and Amazon Music Unlimited services.

The critically acclaimed survival horror title takes players back to the events that took place between Resident Evil 4 and Resident Evil 5, revealing the truth about the T-Abyss virus. Resident Evil Revelations features series favorites Jill Valentine and Chris Redfield, plus their respective BSAA partners - Parker Luciani and Jessica Sherawat. The action begins on board a supposedly abandoned cruise ship, the ‘Queen Zenobia’, where horrors lurk around every corner, before players head for the mainland and the devastated city of Terragrigia. With limited ammo and weapons available, the race is on to survive the horror of Resident Evil Revelations.