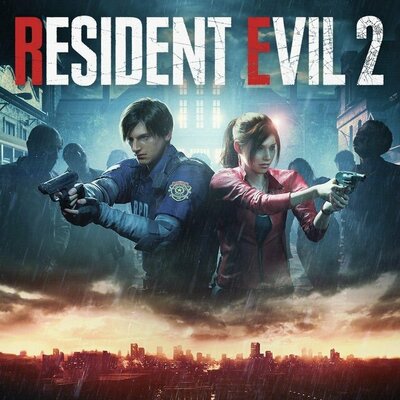 Music for the game is by Shusaku Uchiyama, Masami Ueda, Tadayoshi Makino, and other composers. The audiophile-quality, heavyweight 180-gram discs set ships through distributors Black Screen Records in Germany, and Light in the Attic in Seattle. The digital soundtrack is available for purchase through Steam, and for streaming on Amazon Music Unlimited. An excerpted 22-track "Best Selection" album is streaming on Spotify.

Resident Evil 2 (2019) is available for Windows through Steam, PlayStation 4, and Xbox One consoles. At no additional cost, owners of the PS4 and Xbox One releases can upgrade to the PlayStation 5 and Xbox Series X|S visually enhanced digital editions once they launch.

The soundtrack played a huge part in establishing the taut atmosphere of Resident Evil 2, as the composers shifted gears between dark ambient electronic music, thumping cinematic percussion, and audacious orchestral and choral passages. Capcom veteran Shusaku Uchiyama — who worked on the 1998 original — was given lead composition duties, and also arranged several of Masami Ueda’s original pieces.

Resident Evil 2, 3, and 7 are coming to PlayStation 5 and Xbox Series X|S with visual enhancements later this year! 🌿

Those who currently own these games on PlayStation 4 and Xbox One will be eligible for a digital upgrade at no additional cost. pic.twitter.com/MNPZcZBl7i