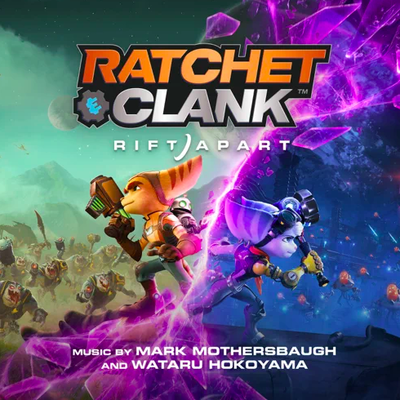 Preorders for the vinyl soundtrack are open at distributors Light in the Attic in Seattle, PixelCrib in Australia, and Black Screen Records in Europe, with shipping scheduled for July. The 20-track digital soundtrack is streaming on Spotify, YouTube Music, and Amazon Music Unlimited.

Ratchet and Clank are back! Help them stop a robotic emperor intent on conquering cross-dimensional worlds, with their own universe next in the firing line. Witness the evolution of the dream team as they’re joined by Rivet – a Lombax resistance fighter from another dimension.