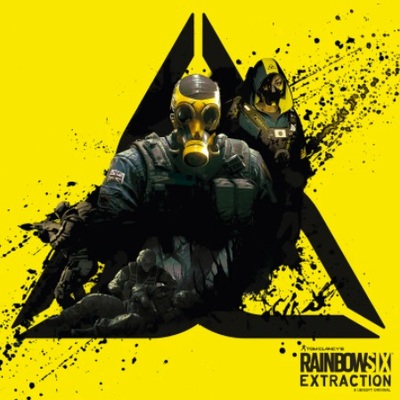 The analog record set ships with two heavyweight "splatter" discs, containing 19 tracks arranged from the generative in-game score. Art for the album release is by Ubisoft Montréal. Preorders have also opened at distributors Light in the Attic in Seattle and Black Screen Records in Europe.

Online multiplayer cooperative shooter Tom Clancy's Rainbow Six Extraction is available for Windows through the Epic Games Store, along with PS4 and PlayStation 5, Xbox One and Series X/S consoles. The digital soundtrack is streaming on Spotify and YouTube Music.

Co-op squadmates Laced and Ubisoft have extracted the spine-tingling electro-acoustic soundtrack to Rainbow Six Extraction and will infuse it into the ultimate form of analogue audio.

The double LP will see ‘REACT splatter’ discs slip into a deluxe gatefold sleeve adorned with artwork by the team at Ubisoft Montréal. 19 tracks mastered for vinyl by sonic special ops agents will be pressed to heavyweight LPs.