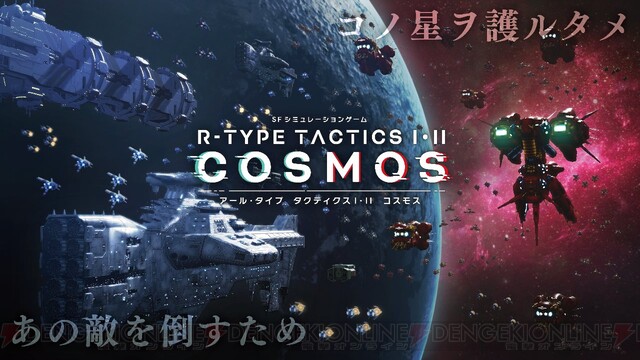 The designers' objective is to add a total of 24 new missions, with voiceover support for the new contents' logbook. The tactical role-playing game remake compilation is planned for release in the summer of 2023 for Nintendo Switch, PS4 and PlayStation 5, and Xbox Series X|S, along with Windows through Steam and the Epic Games Store.

Developed by Irem, R-Type Tactics for PlayStation Portable saw an English-language release in 2008 under the title "R-Type Command." R-Type Tactics II: Operation Bitter Chocolate launched the following year in Japan, featuring familiar spacefaring units from the franchise, including trans-dimensional fighters, space battleships, and Bydo weapons. Music for both games is by Yuki Iwai.

The NIS Online store has opened preorders for Granzella's R-Type Final 3 Evolved Special Edition for PlayStation 5, with shipping scheduled for spring of 2023. The special edition release is bundled with the "Starfighter" dual CD soundtrack.

Outsmart and outgun your opponent in R-Type Tactics I • II Cosmos, the ultimate turn-based strategy shoot-'em-up collection! This two-game combination of the classic R-Type Tactics titles arrives on modern consoles for the first time, equipped with an armada of unique units to deploy across dozens of levels, all visually realized in Unreal Engine 5. Multiple campaigns allow you to take on the Bydo Empire or even play as them yourself, while competitive online play lets you square off against others.

Syberia: The World Before arrives on PlayStation 5 and Series X|S