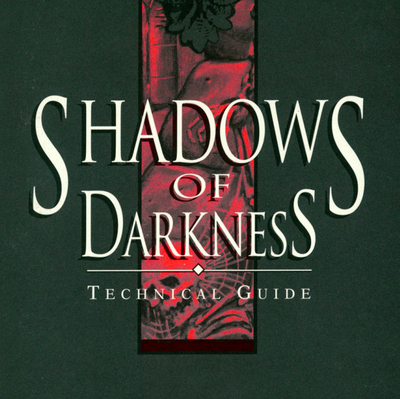 Quest for Glory: Shadows of Darkness

Would you share with us some details regarding your broader musical journey? How did you come to be a composer and what led to your entry into game development?

Composer Aubrey Hodges: Music was always the thing I liked to do the most. I'm also an artist and a painter, and for a long time I thought that might be my career. But music just had that hold on me, you know?

After that, going on up to junior high and high school, I learned violin and the brass instruments. But then I got my first electric guitar—a Peavey T-15, by the way—for me, it was amazing. It played well and had a little amplifier built into the case. It was really pretty cool, for the time. The first time I heard the power chord on that guitar, I was hooked.

In the early years of your practice, in what kinds of settings were you performing your music?

You know how it goes—I started doing tiny concerts, clubs, and church events. I started getting better and building my repertoire, and then I started doing clubs, probably before I was legally allowed to. Thankfully, I had a beard at the time. This was way back when you could smoke in clubs.

The way the world works, you meet the right people and start touring. I was traveling around the world, opening for different groups, and playing keyboard and singing.

Now that you were traveling extensively, what manner of challenges were you encountering in that setting?

The hard part of it, for me, was that this kind of lifestyle was rough. It's a lonely way to live, and I'm not like a "party guy." I don't do drugs, smoke or drink—I don't do any of that. For me, there wasn't much to do. After playing a show, you're alone in a hotel room someplace and half the time you don't even know what city you're in. I'm just, somewhere.

How did your work of composing in-studio come about as a result of your experience touring?

When I got off the road, looking for different gigs and trying to figure out what to do with my life, it ultimately led me to installing studio equipment. I was working with people on how to accomplish technical goals with their music equipment. One of my clients, which I didn't know at the time, was Mark Seibert. A really nice guy, he came in all the time and gave me lots of business. And he always had the weirdest problems. In one case, I actually had to have equipment custom made for him at a company specializing in cables.

After I solved that problem for him, out of nowhere he said, "Hey, I want you to come up and see the studio." I didn't realize who this man was until I drove up and saw a giant sign: "Sierra On-Line." These were the people who made those cool videogames I played on my computer when I was on the road!

He took me on a tour of the facility and I was just blown away. I had never seen so many computer monitors. I had no idea that it was all done here in Oakhurst, California, of all places. And then he said, "You know what—Would you like to come work for us?"

I nodded my head and said, "Sure, I'll give it my best shot." And I was scared because I didn't know if I could do it. I came in at Sierra as the junior of the juniors, doing whatever they needed, which was preparing a lot of weird batch files and conversions. I was one of the first in the world doing general MIDI conversions, because we were working with Roland at the time to develop that platform. Sierra wanted to be one of the first to get "General MIDI" on the Mixed-Up Mother Goose boxes and get it out there.

How would you describe your state of mind while working at Sierra On-Line during this turning point in your career?

I was living there and hungry for knowledge, because I wanted it so bad. It was cool just helping other musicians achieve what they were trying to do, back in 1990. I just threw myself into a lot of the work that no one wanted to do, and it was fun. I think my first computer there was a 286-10, which was basically powered by gerbils running around in a cage. And I had great friends along the way.

About five months into it, I was called into the office of my manager Mark. I love that guy, by the way. He's one of the nicest people I've ever worked with. He was a good mentor and liked my musicality, and he knew I just needed to learn how to harness that with the tech of the time. He called me in and said there'd been a development and one of our composers, Ken Allen, had left and decided to go his own way. And we needed all that music done. He said, "Can you write a hundred and twenty-nine songs in forty-five days?"

I said, "Yes, sir" and just wrote and wrote, and didn't look back. That ended up being for Conquests of the Longbow: The Legend of Robin Hood. The product was very successful, and everyone really loved the music. It was a real learning experience for me. 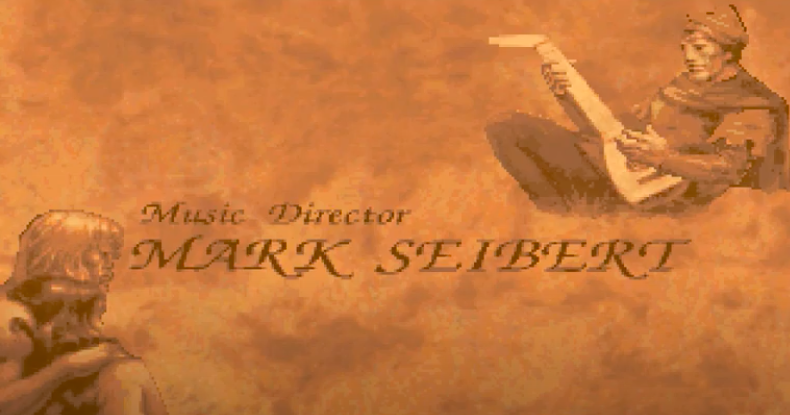 Opening sequence from Conquests of the Longbow: The Legend of Robin Hood


What would you view as the incisive lessons learned during this period that helped you excel in the workplace?

I think what I learned most from that initial entry into the professional composing aspect was to not write while looking over my shoulder. A lot of guys are so hesitant to just put out ideas and take risks because they are so worried about meeting market expectations and matching certain styles and genres. That worry can become like a shackle on composing and creativity.

I never worry about anything, really, when I write. I just think about whether I like the sound of it. If I'm hearing this while the game is happening, am I liking the emotional state I'm in? Does it work with what I'm looking at? I think that in getting my feet wet in the way that I did, having to write so quickly, I lost all of that writer's anxiety.

At this point, there was no being impeded by having second thoughts?

Not really. Mark—and he was a very fair dude—would say, "I need those three, tomorrow at 2:00." And the funny thing was, I still did a lot of the conversions and tech work while writing for the games at the same time. To this day, I don't second-guess everything. I can come up with something that sounds cool, and make it work. I think for me, the way that I think about writing started there. That was my start at Sierra.

And not an enormous amount of sleep, day to day?

Nah, I was young at the time. It was fun. I was having a blast. I didn't really consider it work.

What led to your deciding to join Midway?

Ultimately, the problem was—and this was the reason I left Sierra—they were getting ready to move to Seattle. And I really did not want to leave California at the time. A friend of mine came along, and said he wanted to introduce me to Midway. They were making console and arcade games, down in San Diego. That's how I wound up making my first move.

Midway was a cool place to work. Unfortunately, they sort of fell victim to their own success and ended up going under. Of course, I was there for ten years and am really proud of Quake and Doom, and a lot of the games we did there. There were wonderfully talented people there.

It can be a very tough business.

I think in a lot of ways it's become even tougher because the market expectations are so high. For fifty bucks, you're not getting a few hours of content now, but dozens of hours. The barrier to entry for some of these games is massively expensive, but you still have the audience paying what they paid twenty years ago. The profit margins have gone down, the expectations have gone up, and the younger generation still feels like it's a problem to pay fifty dollars for something that has eighty hours of gameplay. I see that sort of thing and I don't really know the solution to it.

Your soundtracks for Midway are hosted on your Bandcamp page, along with several remastered and expanded editions. One album published there, "The SynthBots," is a collaboration with your son. How did that project come about?

We decided to study Beethoven, to do a series of quartets combining practice with music production. We changed the instrumentation from violin, viola and cello to: What would it be like if a space robot came to earth, and he could imitate the patterns of Beethoven with his internal sound chip? If he played Beethoven's sounds in his robot language, what would that be like?

We had fun taking this amazing classical music and delivering it to a younger generation, using electronic sounds and synthesizers. There's a freedom in not having to do the actual composing while getting lost in the music itself. What's interesting is that I react to it much the same as when I heard Yo-Yo Ma perform Beethoven. The musicality of the Maestro Beethoven still made me react the same way with these very different sounds and textures. What a gift that man was.