Feature Q&A: Chris Remo from The Cave to Firewatch 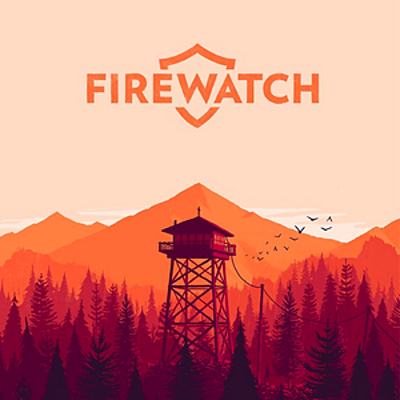 Chris Remo has collaborated with Ron Gilbert on writing The Cave for Double Fine and composed music for The Fullbright Company's Gone Home.

We had the chance to hear from the composer as he contributes to development on Campo Santo's Firewatch, due out February 9 on PC and PlayStation 4.

Development on The Cave saw you working with former LucasArts staff. Was this an experience that was significant for you in terms of your personal experience with games?

Chris Remo: LucasArts games were enormous for me when I was a kid. Absolutely.

I grew up playing every LucasArts adventure game ever made. That was the moment I realized as a child that there were specific people who made games, because they were always credited on the front of the box, which was quite unusual.

The three composers who did the music for all the adventure games were Michael Land, Peter McConnell and Clint Bajakian. I knew all their names. When Sam & Max Hit the Road shipped on a CD, you could put it in your CD player and play all the tracks from the game. I would listen to that all the time.

How did it come about that you wound up working with the designers of these games, not just Ron Gilbert but also Tim Schafer and McConnell?

It’s the strangest coincidence. Growing up, I didn’t have any ambitions to be in the game industry. It just wasn’t something that occurred to me at all.

My degree in college was in music, and my ambition was to be in a rock band. But then I started writing for a website called Adventure Gamers, and a couple of us founded Idle Thumbs in 2004. That year we went to GDC and I was wearing a Full Throttle t-shirt. I ran into Tim Schafer on the street in San Jose and he recognized my t-shirt, and said, "Hey, I made that game!"

It was a crazy coincidence, but it led to my doing testing work on Psychonauts, which was Double Fine’s first game.

That reminds me of how he started out, testing Maniac Mansion at LucasArts. What led to your contributing to the storyline of The Cave with Ron Gilbert?

He just asked me one day if I wanted to help him write The Cave, which totally took me by surprise.

The way the game is structured, each character has their own level. I had the Monk, the Time Traveler and the Adventurer. Really there’s only one main speaking role, and it’s The Cave itself.

There you're doing something bizarre, in providing a voice for a character that couldn't possibly have a voice.

That kind of of meta self-aware sense of humor is just totally his sensibility, going back to the original Monkey Island.

Infuriating people by breaking the fourth wall on Monkey Island 2?

Yeah, absolutely. I think probably my fondest memories of working on The Cave with Ron were figuring out what the voice of The Cave was. That was really hard, to be able to listen to this one character for hours on end and not get annoyed. He kind of sets things in motion and lets these characters excavate their own moral ambiguity.

There is this sense that the characters are all somehow compromised.

That was definitely a big theme in The Cave, for sure. Those characters are sort of epically flawed.

Do you find that your being able to switch between two disciplines keeps the creative process fresh? For instance, from writing for Double Fine to scoring music for Firewatch?

I am not a master of any particular discipline and am generally much more useful when I’m synthesizing a few different things, contributing in a more holistic way. I can do gameplay scripting and programming, design work, story development, and audio and music, but you’re probably not going to want me leading on a high-end triple A game.

To have an orchestral John Williams score for Gone Home, that would be weird, right?

It would be really weird, so I'm really lucky there are those smaller kinds of games that make more sense with my style. Not that I don’t love the symphony. I attend symphony performances when I can and I love it. It's just not a skill set that I really have quite as much.

But a lot of modern orchestral game scores do tend to approximate each other. One of the things that I love about a score like Grim Fandango is that it's such a great synthesis of genres. It’s not just falling into the same stock template. It’s sort of reaching into the past and taking Casablanca era melodrama and fusing it with film noir notes, mariachi and jazz. It’s just a fantastic synthesis of all these different influences.

It's funny how the scale of game development has changed. When the original Monkey Island team was making that game, they were working for Lucasfilm, a real powerhouse. But that means that at the time, their team was probably about the same size as our team now making Firewatch. But these days, we’re considered an indie game.

You're now under similar creative constraints. They weren't allowed to touch the Star Wars IP.

All of those games, Monkey Island, Sam & Max, Day of the Tentacle, Full Throttle, Grim Fandango, were so meaningful to me as a child, through my teen years. If they had just been making Star Wars games, that would have been a big loss I think.

A lot of people are very into the ambiance of Gone Home. Do you feel they will be drawn to Firewatch?

What was the elevator pitch for those who played the Firewatch demo at GDC?

Firewatch is set in Wyoming National Forest in 1989. You play as a character named Henry who takes a job as a fire lookout one summer after dealing with some difficult personal problems in his life.

He wants to get away and experience some tranquility and solitude in the great outdoors, but very quickly strange things start intruding in his life that draws him out of his tower and into this sprawling wilderness to uncover what’s going on.

And what superpowers does Henry acquire?

You have one superpower, which is the ability to call your boss on the radio at any time and communicate with her about what you’re seeing and what is happening. That is where a huge part of player expression comes into play, because you are creating that relationship and choosing what to say and how to respond. Over the course of the game, you will build that relationship.

As with Gone Home, Firewatch is a period piece. Are you looking to integrate incidental music from the era?

There is one moment in the game where you come across some teens who are skinny dipping in a lake and they have a boombox on the lakeside blasting a track by a band called Cheap Talk, from LA. They make very authentic sounding ‘80s pop music.

Using pop music, either diegetically or non-diegetically, is something that games could take from filmmaking. If you look at Martin Scorsese, he uses pop songs in an amazing way. I know it’s tough because of the licensing, but it can really pay off.

Can you describe a bit about how your music score is serving the narrative of the game?

The demo deals with a climactic moment when you realize your tower has been broken into and your belongings have been scattered around. What I'm going for is moments of musical emphasis that at key points throughout the story heighten the experience of what’s happening. That's being used in the place of looping tracks in the background.

So much of the game is about a sense of reflection in this placid environment, and the slow-burning tension that is building over the course of the game.

How am I going to turn that into a standalone soundtrack release? I have no idea. But we’ll find out.

The soundtrack to Gone Home is available through Bandcamp. To find out more about Firewatch, visit the firewatchgame.com.
Tags
PlayStation 3BandcampSteamPlayStation 4
Related