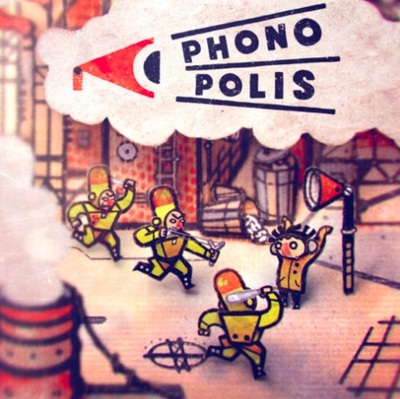 Czech studio Amanita Design has previewed their puzzle and exploration adventure game Phonopolis at the Future Games Show, hosted by GamesRadar. Players direct the actions of protagonist Felix, a young man who chooses to stand up against his dystopian city’s authoritarian Leader.

Available to wishlist on Steam for Windows and Mac, the story of Phonopolis will mirror relatable real-world social issues while retaining the playful and lighthearted trademark style that informed the creation of Machinarium, Creaks and the Samorost trilogy. Development is led by Petr Filipovič, Eva Marková, and Oto Dostál⁠—a trio of artists, designers, and animators⁠—and will entail hand-crafting assets for rendering in 3D graphics to imbue the visual design with a human touch.

Phonopolis is currently targeting release in 2023 on multiple platforms. The teaser trailer can be viewed on YouTube.

The story of Phonopolis tackles relatable, real-world themes and topics, focusing on manipulation and individualism, but still keeping the overall experience playful and light-hearted. Players will take on the role of Felix, a thoughtful young man who, along with his fellow citizens, faces the imminent threat of falling under the control of the city’s authoritarian Leader once and for all, effectively losing their humanity. Accidentally becoming the only person who consciously recognizes the threat, young Felix must try to stop the Leader from playing the Absolute tone...

📣 Watch the new trailer for Phonopolis (as seen last night at @FutureGamesShow) in full right here! 📣

Blade Runner: Enhanced Edition by Nightdive due out on June 23rd