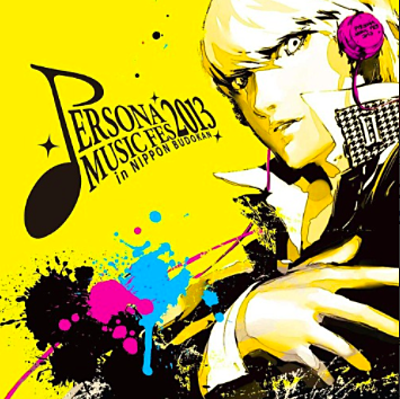 Recordings from the Persona Music Fes 2013 concert, performed at the Nippon Budokan venue, are available for streaming on Spotify and Apple Music.

Recorded on August 13, 2013, the compilation features arrangements of "Mass Destruction" and "Burn My Dread" from Persona 3, along with "Reach Out To The Truth" and "Your Affection" from Persona 4, and a medley of themes from Persona 4 Arena Ultimax.

Music from the concert is performed by vocalists Yumi Kawamura, Lotus Juice, Shihoko Hirata and composer Shoji Meguro. A trailer for the concert Blu-ray can be viewed on YouTube, courtesy of distributor HMV Japan.

The Persona Music Fes 2013 in Nippon Budokan Blu-Ray and DVD releases are available for purchase domestically through CDJapan.